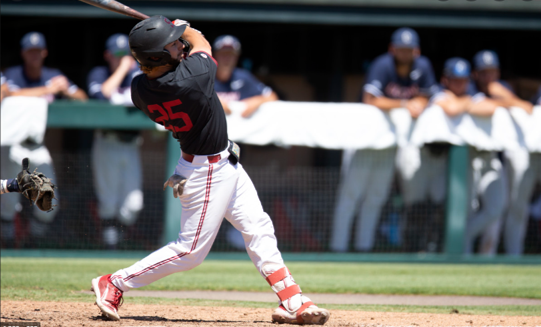 Congratulations Kody! After his best season as a Cardinal, junior catcher Kody Huff was selected with the No. 206 pick in the seventh round by the Colorado Rockies. Huff had a career year that saw him hit .315 with 52 runs scored, a team-best 21 doubles, 13 homers and 51 RBIs while starting 64 of Stanford’s 65 games behind the plate this year. An All-Pac-12 first team selection, Huff hit .333 with nine runs scored, two doubles, two homers and 10 RBIs in the postseason. Huff was also responsible for a clutch grand slam against UConn in the Super Regional. Over his three years on The Farm, Huff batted .284 with 33 doubles, a triple and 18 homers to drive in 88 runs.

“Kody is a very determined player,” said Orson Kinney, General Manager of the Hitting Institute – the off-season training grounds for Huff. “The off field work in the weight room and batting cages came with a lot of sacrifice, but it never slowed him down. He was committed to getting stronger, improving his body composition and letting the process play out. It was a pleasure to watch him grow over the years into an exceptional player while never losing his humble nature. There are a lot of primadonna’s out there, but not Kody. He just went about his business and showed it off on the field,” added Mr. Kinney.